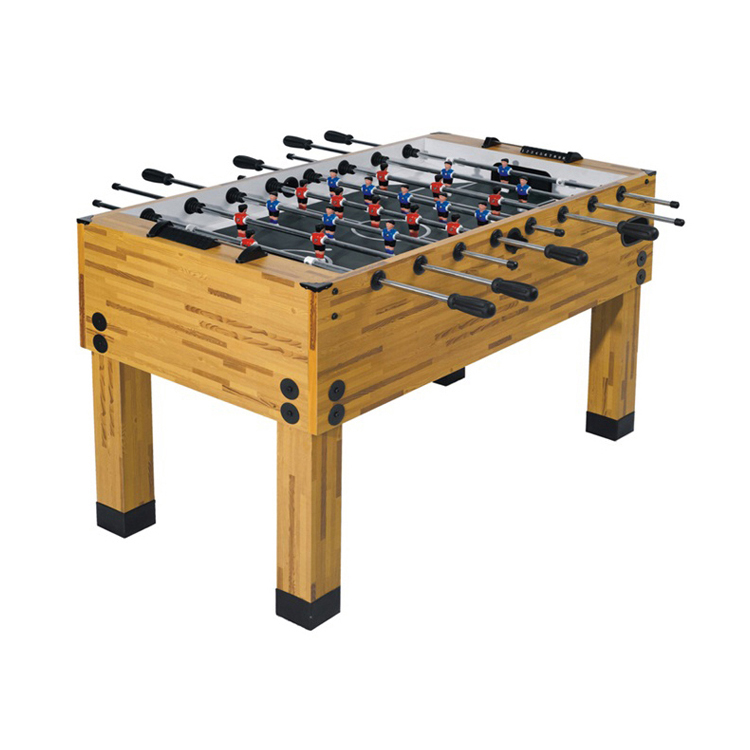 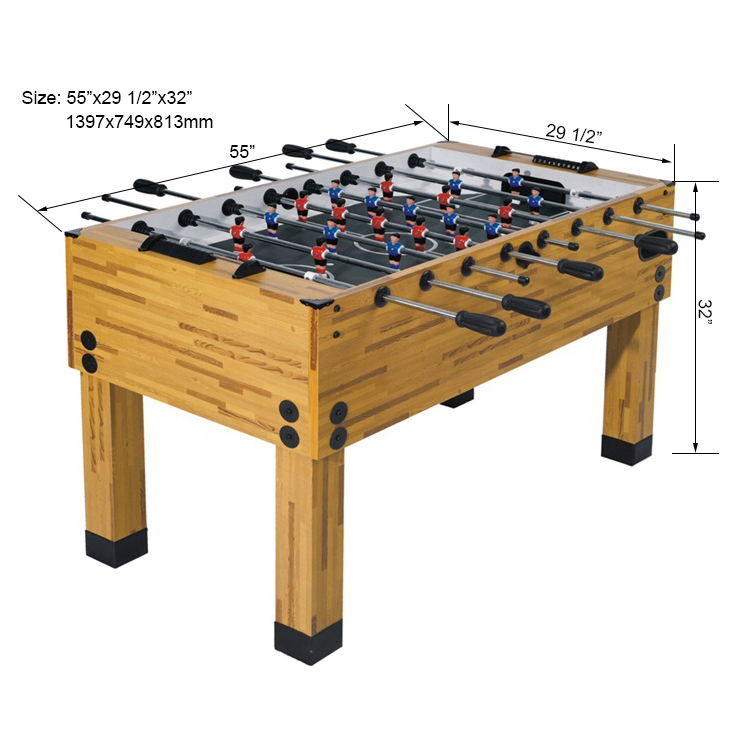 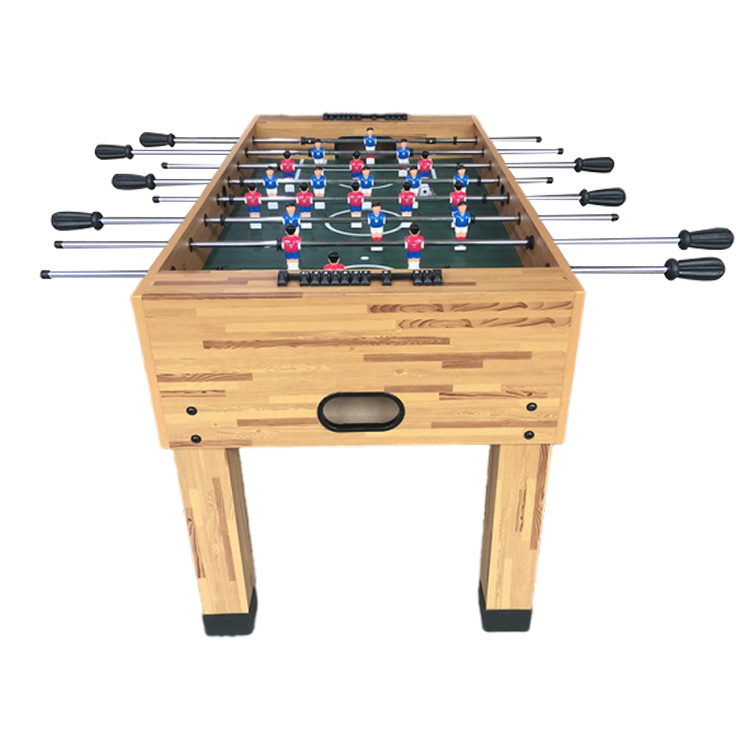 1. Athletes with a choice of colors

Slide Scoring Mounted On Each End of Table.

Roller bearings to greatly improve the game speed, while reducing the stress for the players' wrists. 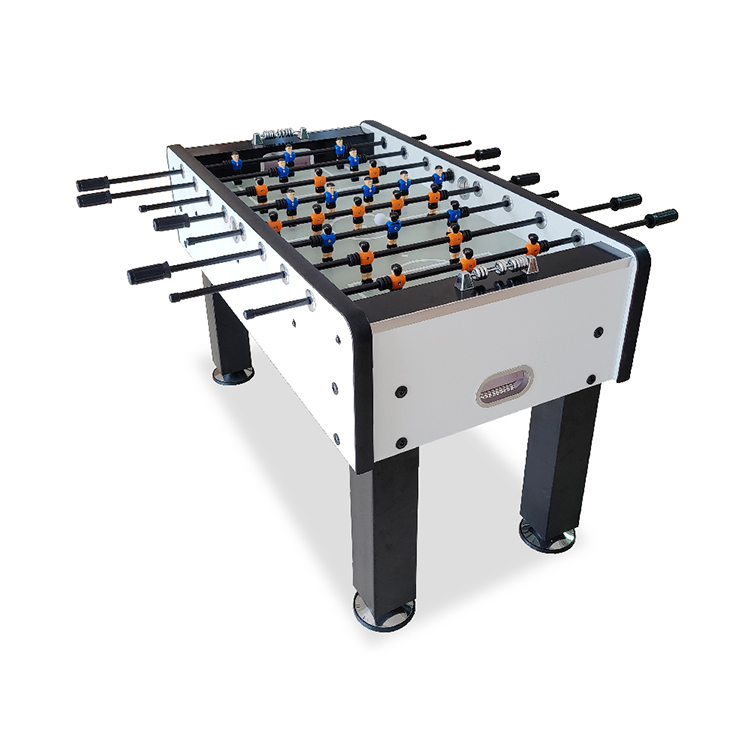 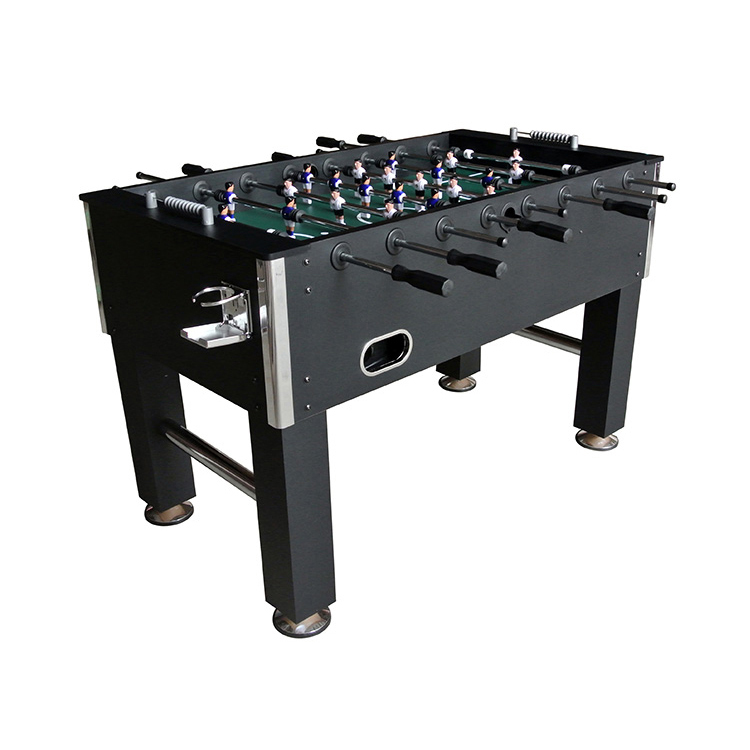 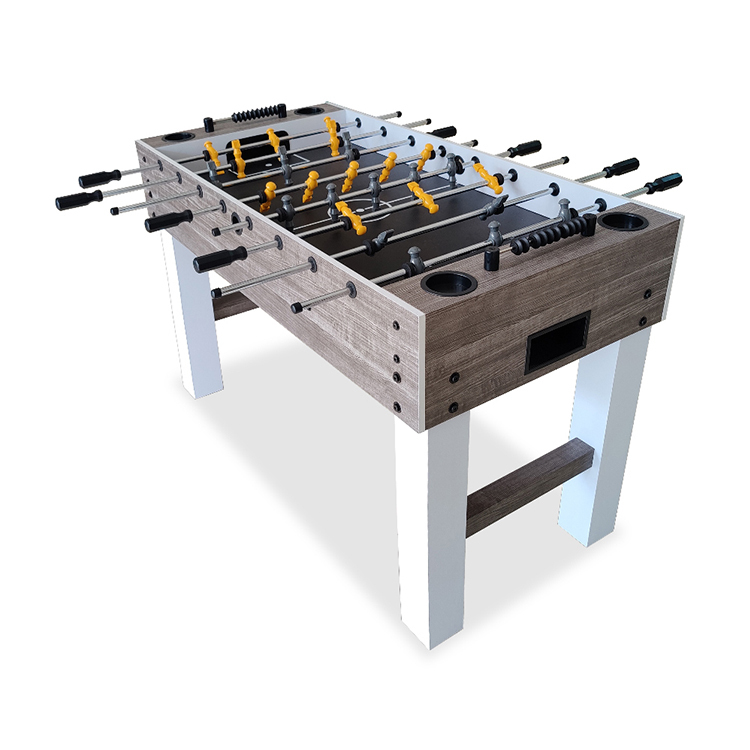 WHAT EXACTLY IS FOOTBALL?

What you're seeing here is essentially foosball. A table with eight rods and 'table soccer' symbols all over it, including a ball and several handles. Each end has a goal, and each team in the center has a spot to serve. Every player/team moves their men trying to hit a ball into the rival opposing goal using their grips. You always attack from the right and protect yourself from the left. The tables are carefully designed to accommodate various types of rods with varying distances between the guys. Everyone shouts and chuckles as even the game moves quickly and humorously. You could play for decades and never grow tired of it. Don't be shocked if you begin to sweat because of your enthusiasm.

The foosball table is a table with Eight rods and tables soccer components or robotics, with a ball positioned in the center before a game. The insulating grips of the rods are being used to regulate the components. There are genuine boundaries on the table, as well as two crossbars and a central field from where the ball is transferred. The purpose of the game is to attempt as quickly and as many times as possible to move the ball first from the center field through the other team's goal post while conceding as little as possible or not conceding at all.

Use chosen figures to throw and shoot the ball in the basket of your competitor while preventing the ball from getting through your own. You deliver it, move it, and manage to win with it. Always aim at the right side of the target.

A normal game is being played to a maximum of five points. But don't get too worked up over it; some players play to seven points, Nine scores, or whatever. Usually, a match would've been best two out of three games, or even three out of five.

Professional players compete for hundreds of millions of dollars in tournaments all around the world. The pros play the same game as everyone else in a tournament. They merely do it considerably more quickly and under extremely rigorous guidelines. A typical competition lasts 3 to 6 days, involving up to 1000 people participating and playing for 12 or even more hours each day.

1. Foosball rules can indeed be simple or complex.

2. The simple rules are as follows: Make a goal with the ball. Your goal is on the left, and you're attempting to score on the right side.

3. There are more complex regulations, such as no spinning. If you accomplish, the other team will serve.

HOW DO YOU PLAY?

1. Okay, this is going to be a lengthy one. Maybe you should go to the foosball summer school.

2. End up serving: Try to get the ball into your figures as quickly as possible. It's necessary to train because this can be difficult.

3. Striking the ball:   A flick or snapping of the hands and wrists is the finest method to throw the ball. You'll do that after a couple of tries.

4. Throwing and trying to catch: Be gentle with the ball and absorb the impact. Don't get too worked up about the ball. Do not even battle the ball, but rather lead it. Use the 'power,' don't think about it, and don't try too hard.

5. Going to shoot: When you shoot, carry the ball around the table. On defense, everybody will remain in front of you, therefore you must move in one direction.

6. Defense: Consider each of you as a member of a team. They work together to form a bigger defender ‘wall.' Stay in front of the ball and don't overreact. Keep in mind that the ball will be fired where it is, not where the guy is.

7. Goal-line slop: Even the finest defenders can't stop the ball from rolling into the goal. The trick is to maintain your composure. With your goaltender leaned back, block the goal's corners. Move steadily towards the ball, as if you were playing an old video game of pong. Be smooth and don't bounce around the table.

The following are among the notable advantages of playing Foosball.

This isn't unique to the foosball table but scoring goals for your team usually brings a sense of pride and accomplishment. This is especially true if you scored the goal after a long period of games.

3. Endorphins are released because of the movements.

Although foosball isn't a very strenuous type of exercise, you can't deny that your feet will move a lot during competitive play. This, paired with the regular twisting of the rods, ensures good exercise and the production of serotonin, which can boost your festival's energy level.

What is the best place to buy a foosball table? It's the first thought that springs to mind once you've chosen to purchase it. Therefore, most significantly, you will be able to purchase the appropriate table once you have learned the resources. To finish this game, a foosball player needs to devote a significant amount of time. So, buying a foosball table must be a fun experience. SZX has the greatest foosball table available. Give them a shot for your foosball table; you'll be blown away by their excellence. They offer the highest-quality services to their clients. Always select the high-quality option over the one that has been shortchanged. Ignore the opportunity to purchase a low-cost table.